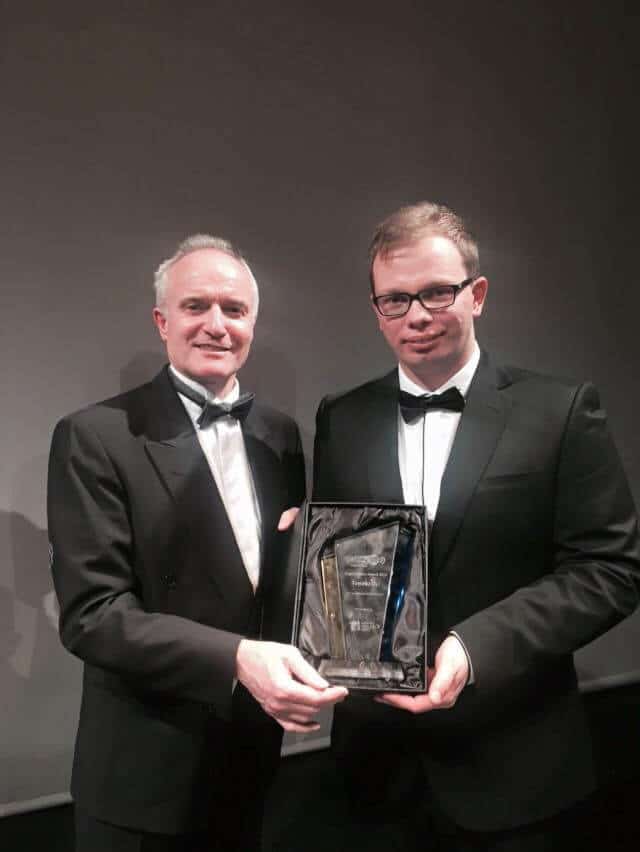 GottaBe! is pleased to announce that we have won our third award as a marketing agency, by winning the Exceptional Achievements Award from Unity 101.

Unity 101 is one of Southampton’s leading radio stations and the award was presented as part of a significant milestone in the stations history – celebrating 10 years on our airwaves. Available on the 101.1 frequency, the station prides itself on its diversity, with shows in Polish, Punjabi, Chinese and Urdu to name but a few.

After winning the award our Managing Director, Tomasz Dyl, said:

It’s an honour to have won this award from Unity 101, in recognition for our commitment to the City of Southampton. My team and I are dedicated to helping businesses in the City thrive with their marketing initiatives and we are fully behind University students, by offering them internship and placement opportunities.

About GottaBe! Marketing – Your Field And Experiential Marketing Agency

GottaBe! is a field and experiential marketing agency based in Southampton and London. Creating drama is what we do best, but in a good way! We have an extremely creative team who are able to deliver bespoke, fun and exciting campaigns that get people talking – at the end of the day – it’s Your Product, Our People!

This is GottaBe!’s third award, after our Managing Director won the Young Entrepreneur of the Year award at the South Coast Business Awards 2013 and our weekly Polish magazine – Magazyn PL – won Southampton Solent University’s, Employability and Enterprise award, for Student & Graduate Start-up of the Year.