Why ethnic marketing should be part of your 2015 plan? 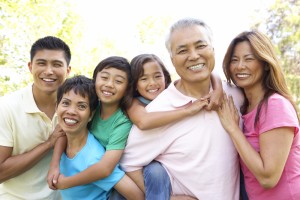 The IPA New Britain report 2014 showed that 77% of British Asians felt that mainstream adverts had no or little relevance to them. Arguably, these statistics are shocking, seeing as Asians are the fastest growing middle class and stand for half of all new UK millionaires. Similarly, 65% of black people commented that mainstream media has no relevance to them. It is even harder to believe that many companies don’t target ethnic minorities, when their spending power is estimated to be between £12-15 billion a year. What more, for 57% of London’s population, English is their second language. These statistics alone show that marketing to ethnic minorities could be highly beneficial.

When marketing to ethnic minorities, it is important to understand your target. It is also wise to market based on the understanding of the specific culture you are trying to reach. If the target feels you understand their needs, it is easier for them to trust the brand and feel they can benefit from its services. Understanding the consumer makes it easier to understand what mobilises them.

– Ethnic marketing is a very powerful tool and more and more brands are discovering the benefit of it – says Monika Jagielska, Client Service Manager at GottaBe! Ethnic, a sister company of GottaBe!.

The ethnic division specialises in ethnic marketing, including multicultural field marketing, where the Brand Ambassadors are speaking in the native language of the target audience. – Targeting ethnic minorities can be beneficial to brands of all sectors and sizes – adds Jagielska. 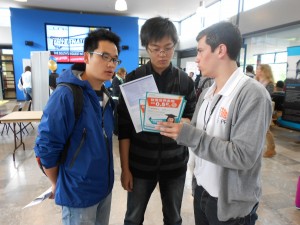 Reaching out to ethnic minorities can be more accessible through the use of social media sites. Especially when 50% of ethnic communities are frequent users of online platforms. Multi cultural Britons are also more likely to spend more money on the latest technologies, such as smart phones. Meaning that reaching them through the use of technology is easier than other forms of communication.

There are various ways to communicate with ethnic groups. – Celebration and cultural holidays are a great way to target the consumer – says Jagielska of GottaBe Ethnic! For example, British Asians are accounting for a large majority of UK millionaires, using the festive season of Diwali could be a productive way to build a relationship with the Asian community.

Sending out festive wishes to current and potential customers, may help build an emotional consumer-brand relationship. An example of successful multicultural marketing is TK Maxx. The brand launched a collection of gift cards, in connection with the Hindu festival – Diwali, after discovering that over one in five of their customers were Asian.

Swarvoski released a variety of crystals that were design to target Middle Eastern women. It is significant to allow your target to feel a cultural connection to the brand; and this is likely to lead to product investment.

GottaBe! Ethnic is a sister company of GottaBe!, find out more about the dedicated, multicultural agency here.