How Black Friday is taking the UK by storm?

Traditionally, Black Friday marks a key date in the American calendar where consumers go crazy in what is seen as the unofficial countdown to Christmas. It marks the first Friday after Thanks Giving and has become the busiest retail day of the year in the United States, with huge discounts given to shoppers for one day only. However, whilst the use of ‘traditionally’ begins this article, how traditional really is this American day?

Black Friday originated in Philadelphia around the 1960s and was a term first used to describe the chaos and disruption often seen on the day after Thanks Giving. Stomachs filled and gifts traded, the mass hysteria of families and friends travelling home was repeatedly seen as a day of travel bedlam. However, as Ben Zimmer describes in his 2011 book – The Origins of “Black Friday” – it was later used as a term to mark a tipping point for American retailers moving out of financial loss between January and November and into the “black”, turning in profits from “Black Friday”. 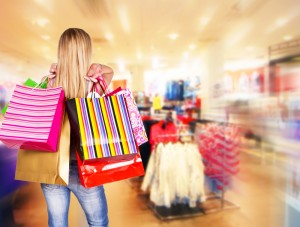 It has become such a phenomenon in the United States that since 2003 (with the exception of 2004) it has been the busiest shopping day of the year. In 2013 it was estimated 249 million shoppers spent $61.4 billion on Black Friday, at an average spend of $413.02 according to the National Retail Federation.

How Traditional Is Black Friday?

So, how traditional really is this day?

In recent decades American traditions have branched out across the world through the rise of globalisation and no more so than in the UK. Thanks to the mass distributions of US TV, films, and most recently Social Media, many countries have been adopting American traditions. Retailers in the UK are now piggybacking off of this, finding new gold mines within the year to increase revenue and introduce a little more fun into our lives. This first began with Halloween, which has become the third largest retail period of the year in the UK behind Christmas and Easter and is a money maker recently covered in our News

Black Friday In The UK

Whilst the UK doesn’t celebrate Thanks Giving, over the last couple of years we have seen the introduction of Black Friday into the country. What first began as American retailers bringing one day bargains to UK shoppers has now been emulated by UK retailers themselves. Companies such as Amazon, Walmart owned Asda, and Apple first started this new tradition, but since then department stores such as John Lewis have joined in on the act.

In 2013, analysis from Econsultancy showed that there was a huge spike in sales and online traffic during Black Friday, with Amazon sales up by 63% and eBays up by 84% compared to the year before. Asda reported that they sold 10,000 TVs in one hour of trading, with even a fight breaking out as consumer’s battled for the best bargains. Ed Connolly, buying director for John Lewis electricals described how “customers respond well to the this day in the UK” with online traffic 323% higher than normal for a Friday in November and “From 7am to 8am, we saw a 1,340% in mobile traffic…clear that Black Friday has stretched across the pond”. Furthermore, Kenshoo’s 2013 Global Online Retail Seasonal Shopping Report explains how Black Friday drove a 291.4% YoY increase in paid search online revenues.

What was once an American Tradition is now becoming a global tradition and with the large increases in revenue it is no surprise that UK retailers are jumping onto Black Friday. With another record Friday expected, it is safe to assume that November 28th 2014 will be another huge UK Black Friday.