The value of Halloween

So with UK shoppers spending more than £300 million throughout the Halloween period in 2013 (AOL, 2013) this year is going to be bigger and better than the last; that’s a guarantee, but still far from our friends across the pond in the US where they were reported to have spent over $6.9bn on costumes alone last year. 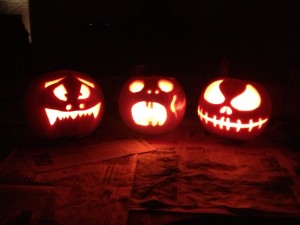 So what is the main attraction of Halloween and why are the Brits spending more on this American led tradition and the impact it has had on the UK. With Halloween becoming the third largest retail season after Christmas and Easter there is obviously an interest and an impact it is having on the UK’s population and businesses.

Why is it so important for marketers to target the consumers at this time of year? It is found that one third of shoppers buy products for Halloween where confectionary was the most popular product purchase with fancy dress and decorations sitting second and third.

How Much Is The Halloween Shopper Spending?

Mintel reports that the average spend on Halloween was just under £19 in 2013 with the highest spend within supermarkets and the likes of Amazon and other online retailers are little used.

What Should Marketers Be Focusing On This Halloween?

It is quite obvious to the eye that the average Halloween customers are young and full of energy; this also includes young families typically up to the age of 34. The supermarkets are great at marketing to these as they bundle packages of confectionary with food and costumes at a low price that it is hard for others to compete.

There is a great opportunity opening up as the tradition is becoming more accepted within the UK. The option to market to grandparents and get them involved could again by an opportunity many marketers are missing,

What Is Trending This Year?

Google this week have released the top searched costumes for this years Halloween and Queen Elsa from Frozen and her sidekick Olaf have been sitting in the number one and two spots on both Google and Experian search engines. Other top searches have included the spider dog costume, which found fame after the YouTube – Mutant Giant Spider Dog video went viral.

So Halloween is becoming popular within the UK much more than it was ten years ago, so what’s the next American hype to cross the pond? Well its probably not a surprise to many of you but we’re thinking its going to be Black Friday the Friday after the U.S Thanksgiving, which the UK is slowly catching on to.