It’s the recent trend we are all seeing through social media. Practically everybody is pouring ice-cold water over them-selves and donating money to charity. Ice is selling out when temperatures are dropping, the supermarket buyers must be thinking what’s going on? 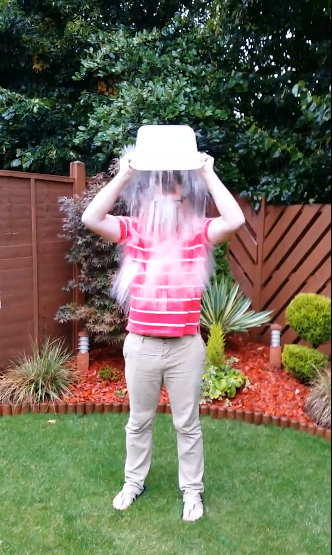 Managing Director of GottaBe!, Tomasz Dyl has not been shy of completing his challenge. Tomasz has always been up for a good challenge and especially for a great cause such as ALS (Amyotrophic Lateral Sclerosis) and donated to the charity after drying himself off.

The power of social media has allowed this trend to go viral. Again marketers are seeing the impact social media can have and in turn a number of brands are pumping funds into social media within their marketing campaigns. Others on the other hand are simply just trying to jump on the band-wagon such as Macmillan Cancer Support who have tried and failed in trying to steal the #ALSIceBucketChallenge, Macmillan Cancer Support in turn gained a lot of negative press from their actions and being told that they are not charitable.

The amount of money being donated to charity is growing on a daily basis and so far $80 Million (27Th August, Huffington Post) has been raised for the ALS Association alone.